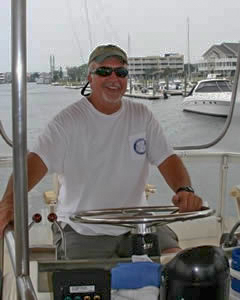 Captain Keith Green is a Florida native, lifetime fisherman and established this company in 2002. He has 30+ years experience in sportfishing on the East Coast, specifically Carolina Beach. After serving in the army, his professional career allowed him to settle in North Carolina. For 18 years, Captain Keith owned/operated this sportfishing charter business while simultaneously working in the private and public IT sectors. He decided to pursue his passion for sportfishing full time after 25 years of serving as Director of Information Technologies for the City of Wilmington. Captain Keith has won 10+ Bluewater Tournaments, competed in Big Rock and won numerous awards for fishing at at various tournaments along the East Coast.